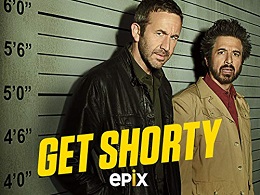 US cable channel Epix wants to get involved with more UK productions as it refreshes its brand and launches an SVOD service.

The channel will also be screening Pennyworth, a prequel drama set in the Batman universe that explores the early life of butler Alfred Pennyworth, that has been filming in the UK.

Michael Wright, president of Epix, wants to build on a base of original dramas that includes a TV adaptation of Elmore Leonard’s Hollywood crime comedy Get Shorty, previously made into a 1995 film.

The channel is in fact already involved as a co-producer with Carnival Films on Julian Fellowes’ new period drama Belgravia, which started a 15-week UK shoot earlier this month.

“I always look for familiar surprises,” Wright told Broadcast Intelligence. “There needs to be something in the story that people recognise, but we also have an obligation to say something new.”

Wright is also looking for non-scripted ideas that explore “pop culture through a journalistic lens”.