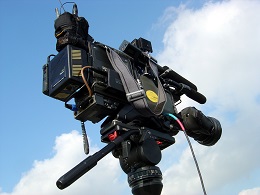 Hartlepool Borough Council has approved the development of a new production facility to be called The Northern Studios.

A former bus depot is to be adapted into a 30,000-sq-ft film studio that will be occupied by The Northern School of Art but will also be available for commercial use.

“We’re delighted at the confirmation of planning permission for The Northern Studios,” said Pat Chapman, vice principal at The Northern School of Art, in comments to local media outlet the Hartlepool Mail.

“This exciting new development is named in the Tees Valley Mayor & Combined Authority’s Investment Plan and we’re confident we will soon see work start on the studios.”

Plans are still being considered to develop a workshop and classroom facilities on the same street as The Northern Studios to help with student training, which in turn will help tackle the UK’s crew shortage issues.

The Northern Studios could help further develop production infrastructure in the north of England, with the closest large-scale operational facilities being Church Fenton Yorkshire Studios around 80 miles to the south of Hartlepool.