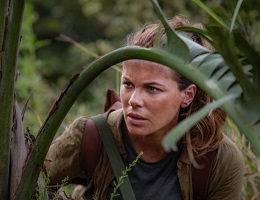 ITV’s drama series The Widow filmed locations around Cape Town in South Africa as the Democratic Republic of Congo (DRC).

Produced by Two Brothers Pictures, the eight-part drama follows a woman who travels to Congolese capital Kinshasa in search of her husband, whom she discovers may still be alive three years after apparently being killed in a plane crash.

Jack and Harry Williams, founders of Two Brothers Pictures and writers and executive producers of The Widow, originally chose DRC as one of the story’s key settings in part because of how little is known about the country internationally.

However, location filming in DRC was quickly deemed too challenging and dangerous, with the country affected on a long-term basis by civil wars and local conflicts between militias.

“We really wanted to film in the Congo,” says Jack Williams. “Our lead director Sam Donovan and our producer Eliza Mellor did go to the DRC for a recce for a week, against the strenuous objections of every insurance company in the world. But it was just too dangerous – even to film some general views. So sadly we weren’t allowed to.

“We then worked with a brilliant designer to film in South Africa. Every frame had to be treated and dressed. You can’t just go to South Africa and pretend it’s a street in the Congo. Everything had to be rebuilt.”

South Africa is a key international filming location for British – and indeed global – producers and is frequently used as a stand-in for Middle Eastern story settings.

BBC One drama Noughts + Crosses is currently filming in the country and military series Our Girl is scheduled to return there this year. The country also stood in for Egypt in ITV’s 2016 period drama Tutankhamun.