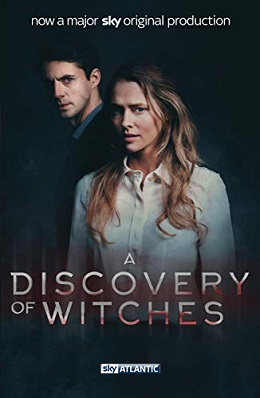 Cardiff-based production company Bad Wolf has made an agreement to use vacant space at Pinewood Studio Wales for the next 12 months, with an option for another two years.

Bad Wolf is currently in pre-production on a second series of Sky’s fantasy drama A Discovery of Witches and will shoot the show at Pinewood.

The company will also use the facility to film HBO drama Industry, set in the aftermath of the 2008 financial crisis.

“In only a few short years Bad Wolf has brought three major international TV productions to Wales and now we are expanding into a second studio space at Pinewood Studios,” said Natasha Hale, chief operations officer at Bad Wolf.

“It is a testament to the forward thinking of the Welsh government that we have been able to support productions of such scale out of studios in Cardiff and are proud to be part of a booming international TV industry at the heart of the Welsh capital.”

The deal will include Bad Wolf making “structural improvements” to the Pinewood site to help boost the facility’s ongoing marketability and to strengthen Wales’ overall studio infrastructure.

Pinewood Studio Wales offers 70,000 sq ft of stage space and 50,000 sq ft of back lot facilities. The site has recently hosted the US feature Show Dogs, as well as First World War film Journey’s End and scenes for the BBC’s hit drama Sherlock.

The company is also scheduled to start filming a second series of alternate-reality saga His Dark Materials in the coming months.