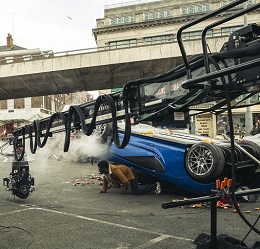 Liverpool Film Office has launched a new £2m production fund that will support features and TV series shooting in the Liverpool city region.

Producers can access support payments of up to 20% of a specific shooting budget (with a cap of £500,000) and the fund can be combined with other monetary sources, as well as with the UK’s existing filming tax credit.

Liverpool Film Office will manage the fund, with the money coming from the Liverpool City Region Combined Authority through its Strategic Investment Fund. The aim is to stimulate regional economic growth and boost Liverpool’s profile as a UK production hub.

The fund is the first of its sort to be launched in the UK for six years and is helping mark the Liverpool Film Office’s 30th anniversary. Chris Moll has been appointed advisor.

“The addition of a film and scripted TV fund to the Liverpool Film Office’s already outstanding offer is not only a vote of confidence in the abilities of the team, but also a bold statement of intent as to Liverpool’s aspiration to become a globally-recognised production hub,” said Moll.

“I look forward to contributing my experience and to working with both indigenous and incoming producers to build a diverse investment portfolio of high-quality content over the next 12 to 18 months.”

Production spending in Liverpool reached £16.1m in 2018, more than £5m more than the previous year, according to film office figures.

High-profile shoots included the BBC’s period drama version of The War of the Worlds and hit crime series Peaky Blinders, as well as action series Curfew (pictured) and Bulletproof for Sky.