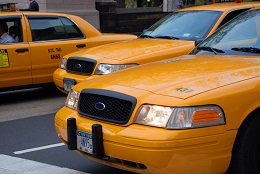 Jared Leto stars in the story of a scientist whose efforts to cure his own rare blood disease end up afflicting him with a type of vampirism.

Daniel Espinosa is directing for Sony Pictures, which had an international hit last year with the Atlanta-filmed Venom.

Morbius is based on a character originally created by Marvel and is using Pinewood Studios near London as a production base.

Parts of the capital have also been doubled for New York in recent weeks.

The red brickwork and architecture of Manchester’s Northern Quarter is known to Hollywood as a suitable stand-in for New York, having first doubled for the iconic US city in Marvel’s 2011 superhero movie Captain America: The First Avenger.

American productions using studio facilities in and around London as a base often look for locations elsewhere in the country to double for specific story settings.

Another high-profile recent example has been Steven Spielberg’s sci-fi movie Ready Player One, which used parts of Birmingham as a futuristic Ohio.

Our business is a family run company based in the South West covering areas from the Cotswolds to Cornwall, Bristol to South Wales and Wiltshire… more Call: 07769 733485   |   Add to Shortlist

Location Assist has steadily grown into one of the leading providers of Security, Traffic Management and Location Support to the Film, TV and Entertainment industry… more Call: 01277 887111   |   Add to Shortlist

Majestic RV hire and location facilities TV- FILM- MOTORSPORT We offer a professional first class hire service throughout the UK and Europe. Having many years… more Call: 07786 368210   |   Add to Shortlist