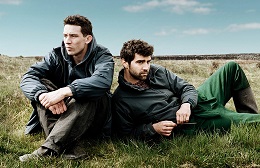 Ammonite is inspired by the true story of Mary Anning, a fossil hunter active in the first half of the 19th century, whose findings around Dorset’s cliffs helped advance scientific understanding of the Jurassic era.

The film takes its name from a type of marine mollusc common to the Jurassic and Cretaceous periods of Earth’s prehistory.

Kate Winslet and Saoirse Ronan are starring in Lee’s movie, which is being backed by See-Saw Films with the director shooting his own script.

Lee began his career as an actor before making God’s Own Country as his debut feature in 2017. The film charts a burgeoning romance between a Yorkshire farmhand and a Romanian labourer who arrives one spring to help with the lambing season.

The film won four British Independent Film Awards and was nominated for Outstanding British Film of the Year at the BAFTAs.