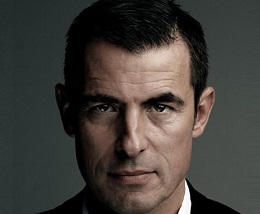 A new TV adaptation of Bram Stoker’s Dracula story has started filming for the BBC and Netflix, with Danish actor Claes Bang (pictured) in the title role.

Hartswood Films is producing the series that is being made as a trio of feature-length episodes written by Sherlock creators Mark Gatiss and Steven Moffat.

The drama is “inspired” by Stoker’s source novel so is likely to divert from the book’s specific narrative, although the story begins in Transylvania in 1897, the year of the novel’s original publication.

Production will be based in part at Bray Film Studios, a hugely significant site in the annals of British horror movie history as the home of Hammer Film Productions between 1952 and 1966.

The site was in fact closed as a production facility in 2012 but was recently reopened on a temporary basis to shoot scenes for Dexter Fletcher’s Elton John movie Rocketman.

Hartswood Films, along with key creatives Gatiss and Moffat, have experience revitalising existing characters, having turned Sherlock into a huge international hit from 2010.

Dracula was last filmed as a TV drama by Carnival Films in 2013 for NBC and Sky Living with Jonathan Rhys Meyers in the title role, but the show lasted just one series.