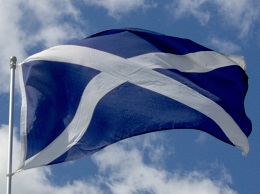 Screen Scotland has launched a new fund to help production professionals develop skills in their specific area of expertise.

The £100,000 Screen Professional Development Fund will aid individuals in seeking training both in the UK and internationally, with individual grants of up to £5,000.

“In order for Scotland’s film and TV professionals to generate yet more excellent work, we need a continual cycle of professional development to help individuals grow and develop their craft,” said Isabel Davis, executive director at Screen Scotland.

“This fund will enable Scotland’s screen professionals to access training opportunities, where the cost would previously have been prohibitive and proved to be a barrier to career progression.”

The Screen Professional Development Fund is designed to help tackle concerns surrounding future crew skills shortages in Scotland and the rest of the UK.

Screen Scotland has also signed a formal agreement with the BBC that will bring at least nine Scottish-produced TV series – spanning both scripted and factual – to BBC channels each year.