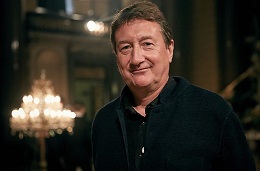 A new BBC version of A Christmas Carol from Tom Hardy’s production company is moving forward with a late-spring shoot planned.

Steven Knight (pictured) – who has worked with Hardy before on the BBC TV dramas Taboo and Peaky Blinders, as well as feature Locke – has penned the drama; the pair will also executive produce alongside Scott Free, Katye Crowe, Dean Baker and Piers Wenger.

Production Intelligence subscribers can log in for more on A Christmas Carol including shoot dates and the confirmed names of key department heads.

“A Christmas Carol is a fabulous magical piece of theatre and an embarrassment of riches for our creative team - from character all the way through to design,” said Hardy said of the commission when it was first announced.

“Here’s to having a lot of intricate and wonderful fun. We feel very lucky.”

A second series of Taboo has also been commissioned – it is due to enter production later this year.