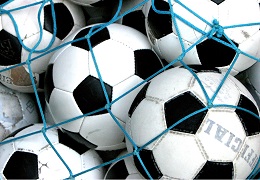 A period drama from Julian Fellowes about the origins of football is in pre-production in the UK with filming set for the north of England.

The English Game will be delivered to Netflix as a 6 x 60 and explores how football in its early form crossed the class divide as it grew in popularity.

UK producer 42 is making the drama. For details on key crew and shoot dates, Production Intelligence can follow the project here.

Belgravia, another drama from the Downton Abbey creator, is also in pre-production with filming due to take place in London.

Carnival Films is behind the project, which is adapted from Fellowes’ book that centres on the events during a ball on the eve of the Battle of Waterloo.

The English Game and Belgravia are two of several dramas currently in pre-production around the UK. Others include Dracula, COBRA, an Alex Rider TV adaptation and many returning runs of series such as Doc Martin, Bulletproof, His Dark Materials, Liar, Marcella and The Split.