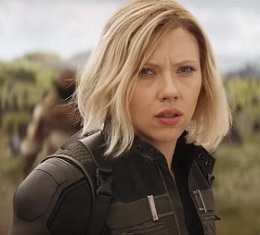 Comic book movies Black Widow and Morbius are set to film in the UK in the coming months.

The Black Widow character is already well known to cinema audiences having appeared in multiple films within the Marvel Cinematic Universe (MCU).

Scarlett Johansson will reprise the Black Widow role that she has already played multiple times.

The character is a former Soviet spy who defected to the US to eventually join elite superhero team the Avengers. Johansson most recently played the role in last year’s Avengers: Infinity War.

Black Widow will form part of Marvel’s efforts to bring its women characters further into the cinematic spotlight.

The studio's efforts in this direction will step up a gear this March with the release of Captain Marvel, set to become a key female character in the MCU, and who is played in the film by Brie Larson.

Morbius will be part of Sony’s Marvel Universe – the character having been licenced to Sony from Marvel – and is set to star Jared Leto as an antihero character who develops a vampire-like persona when he tries to cure his rare blood disorder.

The movie will follow Sony’s Venom, a film based on a Spider-Man villain that became a huge international hit for Sony on its release in October last year.

Superhero movies regularly use the UK as a production base. Marvel shot Spider-Man: Far From Home at Warner Bros. Studios Leavesden last year and before that based Doctor Strange at Longcross Studios.

Production Intelligence subscribers can get updates on key crew and filming dates by clicking to follow Black Widow and Morbius.