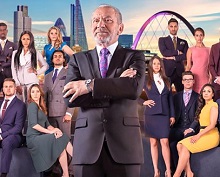 The scheme is designed for experienced and established producers/directors (P/D) with at least three years' experience at PD level across a range of programming, or new series producers.

The year-long programme will provide training by industry experts, mentoring by commissioners, masterclasses with broadcasters and networking opportunities.

Topics covered during the training will include developing, pitching and producing cross-platform content, storytelling and scripting, promoting diversity in programme-making and building diverse teams, and legal and editorial compliance.

For full application criteria and details on how to send submissions, click here.

Applications will close at midday on 8 January 2019. Interviews will take place in February 2019.