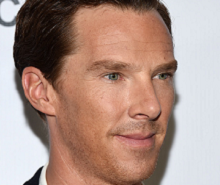 The thriller tells the true story of British businessman Greville Wynne (Cumberbatch) who, together with his Russian source Oleg Penkovsky, helped the CIA infiltrate the Soviet nuclear programme, ultimately contributing to the resolution of the Cuban Missile Crisis.

The producers are Adam Ackland for Sunnymarch, alongside Rory Aitken, Ben Pugh and Ben Browning.

Cumberbatch and Ackland founded Sunnymarch in 2013. The company has gone on to produce The Child in Time for BBC One and Patrick Melrose for Sky Atlantic and Showtime, and has several projects in development including The War Magician and How to Stop Time.