Behind the scenes of Mary Queen of Scots 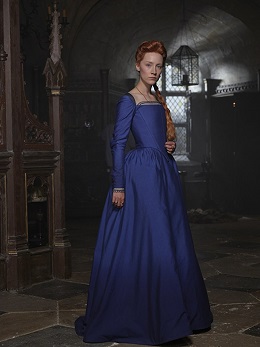 Period movie Mary Queen of Scots used filming locations in the Scottish Highlands as part of a shooting schedule that moved extensively throughout England and Scotland.

Set in the 16th century, the story charts the parallel efforts of Saoirse Ronan's Mary Stuart and her second cousin, Margot Robbie's Elizabeth I, to consolidate their own power bases in England and Scotland.

Production on the film was based at Pinewood Studios near London, with the facility home to various key sets including interiors of Holyrood, Scotland’s seat of government in Edinburgh and Mary’s centre of operations at the time of the story.

While many Scottish interiors were constructed at Pinewood, the locations list included spots near Aviemore in the Cairngorms National Park, with the producers keen to ensure that Scottish filming was a considerable proportion of the shooting schedule.

The 15th century Blackness Castle near Edinburgh was used mainly for exterior shots of Holyrood. Scenes were also shot at Seacliff Beach and North Berwick Beach, both close to each other to the east of the capital.

“We filmed in Scotland for about a month,” says Pat Karam, the film’s supervising location manager, in comments to The Knowledge. “We moved around as a large unit without having a local production base. For the shoots I work on, I tend to come to Scotland for the big outdoor scenery and locations in the Highlands.”

Elizabeth’s world centred on Hampton Court south-west of London. Locations for scenes set in England were found all over the country, from a day at the Tudor-era Dorney Court in Buckinghamshire to the Chiltern Open Air Museum west of Watford that offered a selection of reconstructed agricultural buildings suitable for the story’s era.

Gloucester Cathedral provided the cloisters and corridors of Hampton Court, while the crypt became the cell where Mary is held the night before her execution.

“Among the differences between filming in London and Scotland is that in London you’re usually dealing with borough film offices and in Scotland you’re working with estate managers,” Karam tells The Knowledge.

Scotland has had a high-profile production year. Key action scenes for superhero movie Avengers: Infinity War, released in the spring, were shot in central Edinburgh and the film played a key role in lifting production spending in the city and surrounding regions to £16m in 2017. Production spending for the whole country reached nearly £100m, boosted significantly by the Avengers shoot.

Netflix’s big-budget historical epic Outlaw King was filmed almost entirely in Scotland at the same time as Mary Queen of Scots in the late summer of 2017.

The Scottish government has been under long-term pressure to develop the country’s first purpose-built studio facility, which would help deliver a long-term boost to Scotland’s production profile. Scotland does offer production facilities but all are adapted from existing industrial buildings.

Indeed, last week Screen Scotland announced plans to create a new adapted studio facility at Port of Leith in northern Edinburgh, a site that was used by the Marvel team during the Avengers shoot.