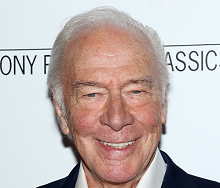 A Canada/UK co-production is lining up for a brief stint of UK filming at a London studio early next year.

Departure is a conspiracy series about a passenger plane that goes missing over the Atlantic Ocean. Archie Panjabi plays an aviation investigator called in by her former boss and mentor, played by Christopher Plummer, to find out what happened.

Created by Vincent Shiao (Ransom, Aftermath), the six-part series is currently shooting in Toronto with Malcolm MacRury as showrunner. It comes from Canada-based production company Shaftesbury, in association with Greenpoint Productions, Corus Entertainment and Red Arrows Studios International, for delivery to Global.

Executive producer and chairman and CEO of Shaftesbury, Christina Jennings, said of the show: "One of the thrills of Departure is that the wheel of suspects never stops spinning, right until the final moment. It's an exciting race against time for these characters, brilliantly created by Vincent Shiao and Malcolm MacRury – I can't wait to see them brought to life by our incredible cast led by Archie Panjabi and Christopher Plummer.

“[I’m] delighted to be in business with Corus, Starlings and Red Arrow Studios International on this remarkable series."