47 Meters Down sequel filming near London 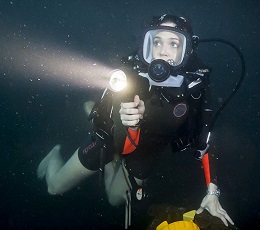 A sequel to last year’s hit shark attack movie 47 Meters Down starts filming today, with the full schedule set to include multiple locations in south-east England.

The first film followed two sisters stranded on the Mexican seabed in a broken shark cage and their efforts to evade circling ocean predators.

Filming on 47 Meters Down: The Next Chapter is scheduled for water tank facilities at Pinewood Studios, The Underwater Studio in Basildon and at Pinewood Dominican Republic Studios.

Johannes Roberts once again directs from a script he co-wrote with returning scribe Ernest Rivera. The movie is produced by The Fyzz Facility.

Shark attack movies are experiencing a resurgence in popularity following the success of The Meg and The Shallows, filmed in New Zealand and Australia respectively.