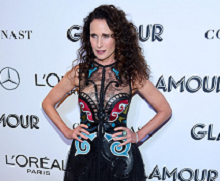 Principal photography is now underway in London on Hulu’s TV reboot of Four Weddings and a Funeral.

The US series is inspired by the hit 1994 feature and has been created and written by Mindy Kaling, best known for TV series The Mindy Project.

The MGM/Universal comedy is due to film largely in London, where much of the action is set, with a cast including Jessica Williams, Rebecca Rittenhouse, Nikesh Patel and John Reynolds.

Andie MacDowell (pictured), who played Carrie in the original film, will also make an appearance.

Cameras also begin rolling this week on Misbehaviour, a feature about the 1970 Miss World contest that stars Keira Knightley and Gugu Mbatha-Raw, and The Capture, a major new Channel 4 conspiracy drama from Heyday Television and NBCUniversal.