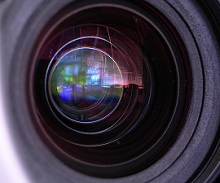 Arborfield Studios is situated in Wokingham, Berkshire, around 40 miles from central London, and is run by the well-established Longcross Studios in Surrey.

Arborfield is a former army barracks that was built more than 100 years ago. The newly-developed site comprises six stages, ranging from around 7,000 sq ft to nearly 70,000 sq ft.

There are spaces for an editorial/VFX suite, wardrobe, art, construction and props, and a backlot area.

Disney was the first major tenant at the studio with Aladdin – Production Intelligence subscribers can log in for more on the current Netflix project.

As with Longcross, Sohonet has fitted out Arborfield Studios with network services and wireless connectivity infrastructure.

The UK is under pressure to provide more studio space, particularly for large-scale projects, as inward investment continues to dominate the UK screen sector. The BFI reported recently that international films and TV series contributed well over £1bn of an overall £1.5bn between January and September this year.

Several existing studios are undergoing expansion plans, such as Pinewood, Shepperton and Elstree. New facilities are in development around the UK, including the conversion of a former RAF base in Suffolk and a purpose-built facility planned for a 17-acre site in Dagenham, east London.

Twickenham Studios’ plans to develop the iconic Littlewoods building in Liverpool as a film and TV studio have reportedly been unaffected by fire that hit the west wing of the building in September.