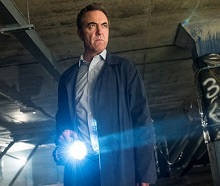 Screenskills’ Trainee Finder programme is increasing its recruitment numbers to meet demand for skilled crew within film and TV.

The film scheme is doubling its intake to 150 while the TV Trainee Finder will go from 80 winning candidates to 120.

Candidates must have fewer than 12 months of paid experience in film or TV and can apply for placements in departments including camera, art, assistant director, production office, locations, video assist, costume, hair and makeup, sound and film accounts.

Rosa Nolan Warren worked in the art department of Stan Lee’s Lucky Man (pictured). She said: “Getting on Trainee Finder was like giving me a key to a locked door - it’s brought momentum and focus to my career. It’s been the perfect springboard and it’s only up from here.”

Applications are open until 7 December 2018. Click here for more details.