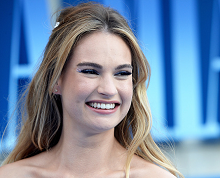 Production Intelligence confirmed in July that Ben Wheatley is at the helm of the adaptation of Daphne du Maurier’s classic gothic novel.

The story was most famously filmed by Alfred Hitchcock with stars Laurence Olivier and Joan Fontaine – that feature won two Academy Awards in 1940 including Best Picture.

The story centres on a newly-married young woman who, upon arriving at her husband’s large family estate on a bleak part of the English coast, finds herself battling the shadow of his late wife, the mysterious Rebecca.

Filming wraps on The Lost Girls

A UK shoot has just wrapped on The Lost Girls, a female-centred take on JM Barrie’s Peter Pan.

Viewpoint, a new ITV drama starring Noel Clarke, is now filming in Manchester at Space Studios and in various locations across the city - the first ITV drama to resume filming since the lockdown suspended production in the spring.