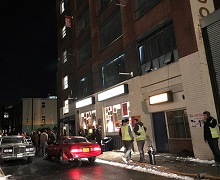 Filming on Freddie Mercury biopic Bohemian Rhapsody took in several London locations, with some doubling as the singer’s favourite haunts in the capital and others standing in for New York or Amsterdam locales.

The film focuses on Mercury’s life and the period leading up to Queen's performance at Live Aid in 1985.

Bryan Singer began directing the film in September 2017 but was later replaced by Dexter Fletcher.

Mercury attended Ealing Art College that was portrayed in the film by Bromley’s Old Town Hall – a venue that also played the surgery of Mercury’s doctor.

In one of the scenes in the film, Mercury is in New York, where he throws his manager out of a limo. The New York street was actually Union Street in Southwark. And a shoe shop in Redcross Way, Southwark stood in for an Amsterdam record shop.

A variety of scenes were shot at Hornsey Old Town Hall in Haringey; other London locations used included parts of Lewisham, Camden, Kingston and Brentford.

All the film services in the boroughs mentioned above are managed by FilmFixer.

The company also organised permitting on behalf of its client The Canal River Trust so that a sunset scene could be filmed at Stockers Lock in Rickmansworth. 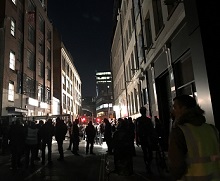 Karen Everett, CEO of FilmFixer, said of the project: "It's always a challenge when shooting locations and situations that audiences believe they know so well.

"The Garden Lodge, Freddie Mercury's home in Kensington, attracts 'pilgrims' on a regular basis. It was an important location. So getting that right, shooting those scenes in a private home in Kingston over seven film days, was very important.

"Filming the Live Aid scenes were also interesting, as so many people remember the concert - they were either at home in front of the television or in the local pub. We were really pleased to help provide those locations in Hounslow that should feel familiar."

Liverpool Film Office has revealed the first tranche of projects to have successfully secured backing from its Film & TV Development Fund.

Woodworkers will whittle for C4

Channel 4 is set to challenge the UK’s most talented woodworkers in a new, six-part factual entertainment series from Plimsoll Productions.