Filming wraps on The Spanish Princess 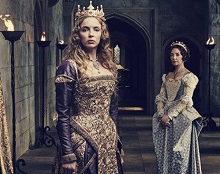 Filming has wrapped on The Spanish Princess, the next drama in the series based on Philippa Gregory’s historical novels.

Based on Gregory’s The Constant Princess and The King’s Curse, the story centres on Catherine of Aragon as she considers new ways to claim the English throne when her husband, the Prince of Wales, dies unexpectedly.

Filming on The Spanish Princess – which follows previous Gregory adaptations The White Queen and The White Princess (pictured) – was based at Bristol’s Bottle Yard Studios with writers Emma Frost and Matthew Graham serving as showrunners.

Bristol’s reputation as a film-friendly city has recently been consolidated by figures published by The Bristol Film Office. In the 2017-2018 financial year, film and TV production contributed more than £15m towards the local economy with 1,140 filming days in total.