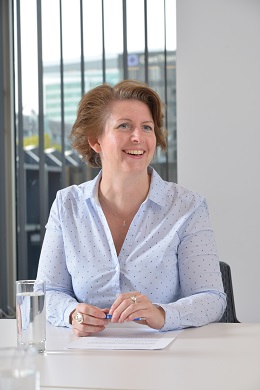 Film London has recruited screen sector veteran Michelle Jenkins as head of production services in a role that will focus on promoting the city as a global filming location.

Jenkins will be in charge of the organisation’s filming and locations team, managing daily production logistics across the city and ensuring London remains film-friendly.

She is in fact returning to Film London after originally helping to set up the London Filming Partnership when she first worked for the agency between 2003 and 2007.

In the intervening years she worked for FilmFixer and the filming department of Network Rail.

“We have to continually keep up with understanding productions’ needs and respond accordingly,” Jenkins told The Knowledge.

“We’re fortunate enough to be in such high demand that we need to find more studio space at the moment and developments in Dagenham to deliver new studios to the east of the capital are really exciting.

“The high level of expertise of our crews are also a big draw to productions, and so it’s essential that the capital keeps developing new talent. Schemes such as Film London’s Equal Access Network are helping us develop London’s talent of tomorrow at a grassroots level.”

Jenkins added that advances in visual effects are in fact enabling more productions to film different types of scenes on location rather than in a studio setting. This means it is even more important to ensure London production is a smooth experience for producers.

“What’s really exciting for us is that nowadays locations can influence scripts on some productions and we’re finding that initial director and production designer recces are of increasing importance in helping a film evolve.”

Indeed, Jenkins name-checks Mission: Impossible – Fallout as a recent highlight for London in terms of location filming, a movie that she supported through her previous film role with Network Rail.

Christopher McQuarrie, the writer/director of Fallout, specifically responded to locations presented to him by his team in creating the film’s script. In the end a foot chase across central London rooftops – including above Blackfriars railway station – and through streets to the iconic chimney of the Tate Modern ended up being one of the movie’s key action sequences.

“It would be exciting for London to be the base for one of the longer-running US TV dramas that are so popular now and to get to highlight some of the lesser-known parts of the city,” says Jenkins.

“On a personal level, I’d love to see the Coen Brothers over here to see how they interpret our city.”