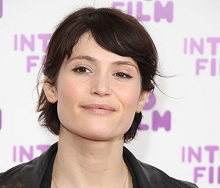 The second series of BBC One drama Trust Me and a feature film starring Gemma Arterton are among the projects that begin principal photography around the UK this week.

Trust Me - which comes from Red Production Company and writer Dan Sefton – will film in Glasgow for 11 weeks. It stars Alfred Enoch as a soldier recovering from a spinal injury who finds that fellow patients on his hospital ward are dying unexpectedly.

“It’s very exciting to start filming Trust Me again in Scotland and to be welcoming the drama back to BBC One with such a fantastic new cast,” said Gaynor Holmes, commissioning executive for BBC Scotland.
The series producer is Suzanne Reid; John Alexander directs.

A feature film starring Gemma Arterton, Summerland, begins filming this week in East Sussex. Set during the Second World War, the story centres on Arterton’s Alice, a fiercely independent writer whose life changes when she takes in a young evacuee.