The Capture readies for London filming 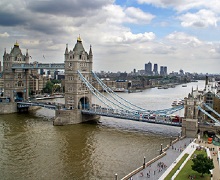 A major new drama, The Capture, is in pre-production in London readying for a lengthy shoot.

Produced by Heyday Television and NBCUniversal International Studios, the series comes from writer-director Ben Chanan (best known for Channel 4 docu-drama Cyberbully) and begins with the unjust arrest of an innocent man, escalating into a story of manipulated evidence and conspiracy.

At the time of the commission announcement, controller of BBC Drama Piers Wenger said: “The Capture is a complex conspiracy thriller with a big human story at its heart. Research-based but with huge flair in its storytelling,

"The Capture shines a light on surveillance culture and asks what happens in a world where we can no longer trust the evidence in front of us.”

Production Intelligence subscribers can log in for shoot dates, studio details and the names of key hires including the casting director, line producer and production designer.

The executive producers are Chanan, David Heyman and Rosie Alison for Heyday Television, Ben Irving for BBC One and Tom Coan for NBCUniversal International Studios.