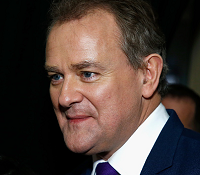 The project has been in development for several years at Carnival Films, the producers of the original hit TV series.

The show ran for six series from September 2010 to November 2015, with the very first episode winning a consolidated UK audience of more than nine million.

Downton Abbey went on to sell around the world in territories including the US, Canada, Australia and New Zealand.

The production used both exteriors and interiors of Highclere Castle in Hampshire to portray the Crawley family home with other locations including Bampton in Oxfordshire and the St James area of London.

The series’ writer Julian Fellowes has written the screenplay for the feature version; he will also produce alongside Gareth Neame and Liz Trubridge. Brian Percival directs and Nigel Marchant is executive producer.

Production Intelligence subscribers can log in for more on the Downton Abbey film, including the studio and key personnel such as the casting director, co-producer and production designer.