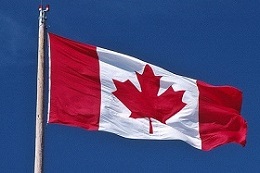 Authorities in Canada are seeking to boost the number of drama projects the country makes as co-productions with UK companies.

Nathalie Clermont, director of programme management at the Canada Media Fund (CMF), clarified that the organisation has supported nearly 140 UK co-productions since 2010. Clermont was speaking at a panel at the Edinburgh TV Festival.

Notably, the number of drama projects has fallen in recent years. The majority of Canada-UK co-productions (nearly 70%) are documentaries, while drama shoots account for just 13% of the total.

Clermont suggested that the physical travel involved with arranging co-productions with Canada may be a factor in the relatively low proportion of dramas being co-produced with the UK, especially given the range of co-producer options available in Europe.

She also said that rigid requirements regarding Canadian crewing levels set out in the existing co-production agreement with the UK may be impacting Canada’s appeal, although there is flexibility for special arrangements.

Also on the panel was Gave Lindo, chief of staff and senior director of programming for Canada’s CBC network, who said that the scale and cost of modern TV drama makes international co-productions a necessary pursuit for CBC.

Lindo added that UK content resonates strongly with CBC’s audiences, with the network having acquired 1,400 hours of British programming over the past three years. Acquisitions have included The Great British Bake Off, which has led to the network’s own version called The Great Canadian Baking Show.

Joining Clermont and Lindo on the panel was Jean-Philippe Normandeau, chief operating officer of Montreal-based Canadian production company Incendo, which has had success with the high-end period series Versailles, made as a Canada-France co-production.

Normandeau argued that it can be a challenge to find a good fit for drama co-productions, which could explain the relatively low number of collaborations between Canadian and British companies. But he added that UK producers seeking Canadian involvement earlier in the development process of a project could help boost drama figures.

The UK was Canada’s second most popular international TV co-production partner in 2017, with France taking the number one spot, according to figures from Telefilm Canada.