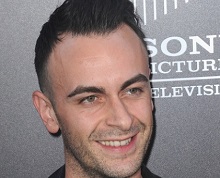 A new comedy drama for Sky, Brassic, written by Danny Brocklehurst and starring This Is England’s Joseph Gilgun, is about to start filming in Manchester.

Brocklehurst, whose extensive TV credits include Safe, Come Home, The Driver and The Accused, wrote Brassic for Gilgun, upon whose youth in Chorley the drama is based.

From Calamity Films, Brassic centres on a group of young men who have never left their home town and who find themselves drifting into petty crime.

Filming on Brassic begins in Manchester later this week with Michelle Keegan, Damien Molony, Ruth Sheen and Tim Key among the cast.

Production Intelligence subscribers can find a round-up of HoDs on the site including the line producer, location manager and casting directors.

Brocklehurst said of the project: “I couldn't be more thrilled to be making Brassic with Sky One.

"This is a passion project for Joe and myself and we have collaborated every step of the way to create an outrageous, funny, stylistically bold show that brings to life a rarely seen northern working-class world. This is a big-hearted show about life at the sharp end of modern Britain.”

Gilgun has been busy in the US on AMC’s Preacher, in which he has played drug-addled Irish vampire Cassidy since 2015.