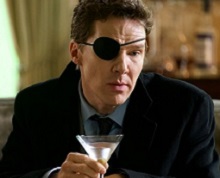 Newly-branded organisation Screen Scotland – part of Creative Scotland - has announced the launch of a new £3m Broadcast Content Fund, as well as revealing the highest-ever film and TV production spend figures for Scotland.

The fund is designed to support the development and production of distinctive, high-quality projects for television broadcast, digital broadcast and streaming platforms that promote Scotland’s culture, creativity and diversity.

Open to Scotland-based production companies, the Broadcast Content Fund will make development and production awards of between £10,000 and £500,000.

Screen Scotland is backed with £20m from Scottish government and the National Lottery. It sits within Creative Scotland and is a partnership with Scottish Enterprise, Highlands and Islands Enterprise, Skills Development Scotland and Scottish Funding Council.

The figures released by Screen Scotland show that production spend on film and TV in the country in 2017 hit £95m – the highest since records began and a £26m increase on the previous year. Over the past ten years, spending in Scotland has increased by more than 300%.

Despite the lack of a dedicated studio, Scotland has supported many film and TV productions recently - including Avengers: Infinity War, Outlaw King, Mary Queen of Scots, Keepers, The Cry and Patrick Melrose - with many projects receiving funding from Creative Scotland.

“It aims to attract, retain and develop talent and businesses in Scotland. There is new and enhanced funding and support that puts Scotland on a par with other nations. The new Broadcast Content Fund will invest £3m in our TV sector to provide it with the targeted financial backing it needs to develop.”