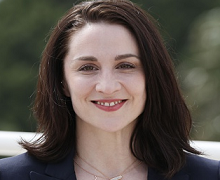 Two UK scripted productions are due to begin principal photography next week including a period drama from Gurinder Chadha for ITV.

The 15-week shoot on Chadha’s Beecham House is split between the UK and India. The 6 x 60 series is set on the cusp of the 19th century in Delhi and is written by Chadha with Paul Mayeda Burges, Shahrukh Husain and Victor Levin.

Also gearing up to begin filming next week is another ITV series, The Bay. From Tall Story Pictures, the original drama is from writer Daragh Carville (Being Human, Cherrybomb) and stars Morven Christie (pictured) as Detective Sergeant Lisa Armstrong, a family liaison officer.

The show is filming where it is set, in and around Morecambe Bay, and is directed by Lee Haven Jones and Robert Quinn.

Production Intelligence currently has listings for around 100 projects in pre-production across several genres, including major US inward investment features and dramas, and several international co-productions.