All Studios to open in Manchester 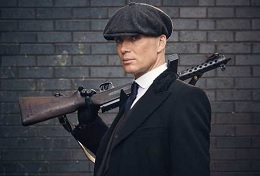 New production facility All Studios is set to open in Manchester later this year on the site of the former Granada Studios.

Property developer Allied London co-owns the site with Manchester City Council and will offer seven sound stages and a back lot, with additional studio space planned over the next two years, according to a Broadcast report.

Granada Studios closed in 2013 but in the intervening years the site has hosted scenes from TV dramas such as Peaky Blinders and Snatch.

Crucially, however, the facility has not been able to host ‘shiny-floor’ TV shows as the relevant features were stripped when Granada Studios closed. This is something the new management team wants to change.

“We want to be able to accommodate shiny-floor shows again,” said Melanie Jones, managing director of All Studios, in comments to Broadcast:

“The decommissioning of the studio had already happened before Allied London got hold of Granada Studios, but most of it would be obsolete technology now. So we’ve got a blank canvas to work with.

“We are currently looking at different options for how to configure All Studios. We don’t want it to be just one type of studio – we want to keep it economical as a four-waller, as well as offering facilities for shiny-floor shows.”

All Studios will be part of ‘Enterprise City’, a broader redevelopment programme for Manchester that will include a hotel and office space for additional tech companies.