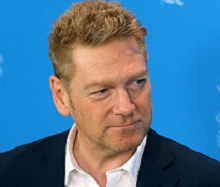 The film began principal photography in February at Longcross Studios and also took in locations in Vietnam and Northern Ireland.

Yong Irish actor Ferdia Shaw plays the eponymous criminal mastermind as he holds a fairy ransom to try to restore his family fortune.

Judi Dench, Lara McDonnell, Josh Gad and Adrian Scarborough round out the cast.

Kenneth Branagh’s next film as director is expected to be Death on the Nile, an Agatha Christie adaptation to follow last year’s Murder on the Orient Express, a movie that grossed more than $350m worldwide.

Disney’s footprint in the UK continues to grow – the studio is also currently in production on The One and Only Ivan and Maleficent 2, while Star Wars: Episode IX is deep into pre-production.

Production is now underway in Bristol on the concluding series of The Spanish Princess starring Charlotte Hope and Ruairi O’Connor as Catherine of Aragon and Henry VIII.

With studio space at a premium in the UK, Elstree has announced major expansion plans while Pinewood is set to be booked out by Disney in a long-term agreement.

Filming gets underway this week in the UK on Fast & Furious 9.