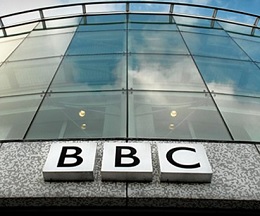 BBC period drama Death And Nightingales is in the final stages of pre-production for a shoot in Northern Ireland.

Based on the 1992 novel by Eugene McCabe, the story is set in County Fermanagh in 1883 and charts long-building tensions in a family as they boil over through the course of a 24-hour time-frame.

“Death And Nightingales is a dark and powerful love story set across class and religious divides in 19th-century County Fermanagh,” said Allan Cubitt, writer and director of the TV adaptation, when the commission was first announced.

“Eugene McCabe's moving, poetic story has a strong and determined young woman struggling to control her own destiny at its core and I'm incredibly grateful for the opportunity as writer/director to bring this modern classic of Irish literature to the screen.”

Death And Nightingales is produced by The Imaginarium with Soho Moon. Production Intelligence subscribers can log in now for the specific filming dates and details of the key crew including the production co-ordinator and line producer.