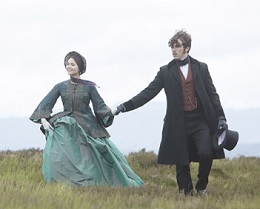 Filming is underway on the third series of period drama Victoria with Jenna Coleman and Tom Hughes reprising their lead roles.

The drama once again charts the young life of Queen Victoria in the mid-19th century.

In this series Laurence Fox join the cast as Lord Palmerston and Kate Fleetwood as Victoria’s sister Feodora. The third series – comprising eight parts - opens in 1848.

Mammoth Screen and US channel Masterpiece co-produce the period drama, which is once again based at Yorkshire’s Church Fenton Studios.

Creator and writer Daisy Goodwin said of the show: “Victoria and Albert are the most famous couple of the 19th century, but underneath the united facade their relationship is at breaking point and it is a struggle for mastery that neither side can win.”

David Boulter produces with Geoff Sax on board as first-block director.