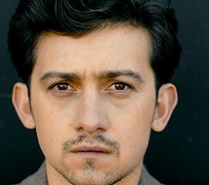 A Wales-based shoot begins next month on Eternal Beauty, the next feature from writer/director Craig Roberts.

It was co-founded by Roberts (pictured) and producers Pip Broughton and Adrian Bate; the latter produces Eternal Beauty.

It is Roberts’ second feature as director: his debut was black comedy Just Jim in 2014.

Production Intelligence subscribers can log in for more details on Eternal Beauty including a round-up of key production personnel such as the line producer, casting director, DoP, production manager, location manager and production co-ordinator.

Also due to start filming in Wales next month is Six Minutes to Midnight, a period feature starring Eddie Izzard, from Mad As Birds Films.