Avengers in Edinburgh – behind the scenes 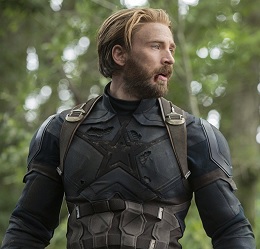 Marvel’s film is the culmination of a decade of superhero stories and features characters from across the Marvel Cinematic Universe fighting a threat from Josh Brolin’s arch-villain Thanos.

Production was based at Pinewood Atlanta Studios in the US state of Georgia, which has become a long-term base for Marvel in recent years.

“Scotland was chosen as a filming location because of its old-world beauty and charm,” says James Lin, the film’s supervising location manager, in comments to The Knowledge.

“It became an additional story point with the setting of the great cobblestone roads, narrow alleys and historical settings all around.”

Marvel sent scouts to explore all over Scotland a full year before filming, with studio executives seeking locations not previously seen by their international audiences.

“There were a lot of recces all over the country,” says Rosie Ellison, commissioner at Film Edinburgh, in comments to The Knowledge. “But they kept coming back to Edinburgh, as they fell in love with the city’s architecture and we’re well known for hosting major events.

“There were early talks about recreating some of our key cultural events for the movie and I think it was a big help to them that we said yes to everything – we could make anything work.”

Marvel zeroed in on Edinburgh and the studio even recced the city’s cultural offerings and restaurants, but as downtime offerings for their crews rather than as filming locations.

Executives wanted to find out ahead of time what their crews would be able to get up to for the several months that they would effectively be living in the city. Crews eventually spent a full three months actively prepping in the city for a seven-week shoot.

Edinburgh’s Royal Mile was eventually chosen by Marvel as primary filming locations, as well as parts of nearby railway station Edinburgh Waverley.

For Ellison, her main concern was that local residents would be inconvenienced by the shoot. However, constant communication between the locations team – totalling at least 60 credited individuals for the entire shoot - and the local community proved a great success. 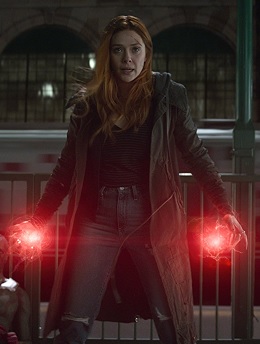 “The fact that Marvel was filming night shoots throughout was a help as it meant the locations were naturally less busy anyway,” says Ellison.

“Some residents moved away for a few days during filming and others were excited to have a shoot on this scale right outside their windows.”

Jamie Lengyel was involved with Infinity War as a global locations consultant, having previously been supervising location manager on Avengers: Age of Ultron and Doctor Strange.

“A movie of this scale, filming a major night sequence, requires considerable infrastructure, street control and, above all, goodwill,” he says, in comments to The Knowledge.

“We were exceptionally supported by the city of Edinburgh and Creative Scotland. It was great to be able to use Edinburgh as Edinburgh, with minimal changes, [as a] testament to how visually special this location is.”

The studio issue wasn't a problem for Marvel as the Avengers scenes were always planned as a location shoot. However, the absence of large-scale sound stages inevitably impacts Scotland’s international appeal, with studio availability often a key factor in deciding locations for a film on the scale of a Marvel movie.

“With the wealth of locations Scotland has to offer, there is no doubt that a major purpose-built studio would make Scotland an attractive base for studio movies,” says Lengyel.

There is movement on the issue. Wardpark Studios near Glasgow has been used for the past few years as an adapted production facility for the US drama series Outlander. In the last few months, the privately-funded Pentland Studios has had planning permission granted in principle for a site outside Edinburgh, which is on course to become available to filmmakers sometime in late 2019.

Backed by the UK’s generous filming incentive support, Scotland’s star is likely to continue to shine.