The Secret Garden readies to film 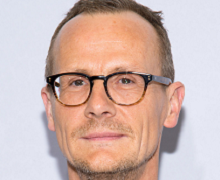 Filming begins at the end of the month on the new feature adaptation of Frances Hodgson Burnett’s classic children’s book The Secret Garden.

The feature comes from Heyday Films and StudioCanal and is directed by Marc Munden, whose recent credits include National Treasure and Electric Dreams.

The book, first published in 1911, centres on Mary Lennox, a young girl who is orphaned by a cholera epidemic.

The troubled and difficult child is sent to live with her uncle, where she is led by a robin to a hidden walled garden.

Heyday is also busy in development on Paddington 3 and the next in the series of the Fantastic Beasts films.

The Secret Garden is one of many features currently in pre-production in the UK – Production Intelligence subscribers can log in for more on the project including shoot dates and a round-up of HoDs on board.

Non-subscribers can click here to book a free online demo.