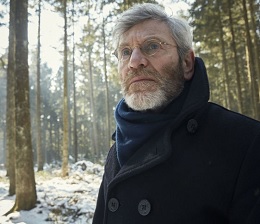 New crime drama Baptiste will film in Europe to tell the story of investigator Julien Baptiste.

Two Brothers Pictures is producing the story as a spinoff from previous BBC One series The Missing, which featured Baptiste as the lead French investigator in an unsolved missing child case.

In the new drama, Baptiste is asked by Dutch law enforcement officials to help with an investigation into Amsterdam’s criminal underworld.

Tcheky Karyo returns to play the lead in the drama that features Jack and Harry Williams of Two Brothers Pictures among its executive producers.

“Julien Baptiste - played by the exceptional Tcheky Karo - is one of the Williams brothers’ greatest creations and utterly deserving of his own show,” says Piers Wenger, controller of BBC Drama.

“This first series of Baptiste will allow us to discover more about Julien than ever before as he is parachuted into the centre of a shocking and wide-ranging crime story.”

Two Brothers Pictures recently wrapped filming on White Dragon, set largely in Hong Kong, and are still in production with Kate Beckinsale on The Widow, which is filming partly in Rotterdam.

The company’s upcoming projects include a second series of the acclaimed comedy Fleabag and new episodes of tense drama Liar.