Men in Black movie to film in UK 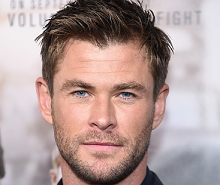 Sony’s Men in Black spinoff is now in early pre-production in the UK with a summer shoot in the pipeline.

With the plot very much under wraps, F Gary Gray directs from a screenplay by Matt Holloway and Art Marcum.

Production Intelligence subscribers can log in for details on the UK studio and UPM on board, and should follow the film for updates as we get specifics confirmed.

The new movie is one of several major Hollywood features to film in the UK this year. Others in pre-production include Wonder Woman 2, Maleficent 2, Star Wars: Episode IX, The Six Billion Dollar Man, The One and Only Ivan and the Spider-Man: Homecoming sequel.

Details on all these projects can be found on Production Intelligence; non-subscribers can click here to request a free online demo.