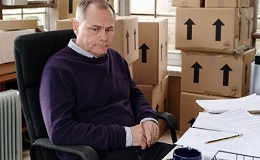 Comedian Dee co-writes and also co-stars with Kerry Godliman in the story of married couple Nicky and Steve who move to the Yorkshire countryside but get more than they bargained for as they adjust to their new rural life.

Production Intelligence subscribers can log in now for details of the scheduled filming start for Bad Move Series 2 and for information on the key crew including the producer, line producer and casting director.

“The show has clearly struck a chord with a great many viewers and we are very much looking forward to dumping more country life problems on Nicky and Steve in Series 2.”

The first series of Bad Move launched with a 22% audience share on ITV and averaged four million viewers per episode.