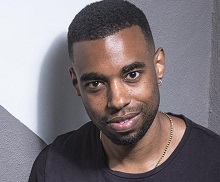 Writer/director Remi Weekes is in pre-production with feature film His House from New Regency.

Weekes was featured as one of Screen’s Stars of Tomorrow in 2017. Together with Luke White, he launched Tell No One, a production outfit specialising in experimental short-form video content.

He has directed many commercial campaigns and, after much of his video work was exhibited in venues including the Guggenheim in New York, Weekes turned to narrative content and a short film, The Tickle Monster, in 2016.

His House is Weekes’ first feature and centres on an immigrant family that believes its English house is haunted. Shooting will take place in London.

Production Intelligence subscribers can log in for details on His House, including the studio, shoot dates and key HoDs such as the UPM, production designer and location manager.