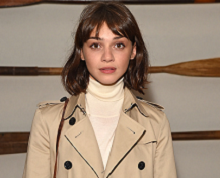 Jerusalem, a new Channel 4 period drama, is preparing for principal photography to begin next week.

The series is set in the aftermath of the Second World War when an ambitious young woman, Feef Symonds, joins the Civil Service and agrees to spy on her own government for the Americans.

Playwright Bash Doran, whose TV credits include Masters of Sex, and Boardwalk Empire, has written the espionage drama that comes from Warner Bros-owned Twenty Twenty Television and 42.

Filming will take place in Cardiff and London with the shoot due to run for around four months.

Production Intelligence subscribers can log in for more details on the key production personnel including the producer, director, casting director, line producer and production designer.