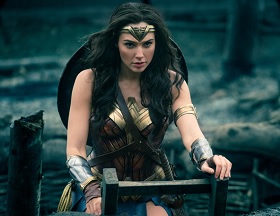 The sequel to Wonder Woman is in the early stages of pre-production in the UK.

Gal Gadot reprises her role of the titular superhero in the follow-up to last year’s successful feature that garnered largely positive critical reviews – the American Film Institute chose it as one of its top ten films of 2017 - and grossed more than $821m worldwide.

Wonder Woman was the fourth movie in the DC Extended Universe and followed Suicide Squad. Its production base was the UK with further location filming including Italy and France.

Patty Jenkins returns to direct the Wonder Woman sequel from a screenplay she developed with writers Dave Callaham and Geoff Johns. Deborah and Zack Snyder are back on board to produce the Warner Bros. feature.

There will be more on key names and dates on Production Intelligence over the next few months so subscribers should log in and follow Wonder Woman 2 to receive email updates.

Wonder Woman 2 is one of several major US features that are bedding into production in the UK. The Voyage of Doctor Dolittle starring Robert Downey Jr begins filming imminently, while principal photography is underway in London on the live-action Pokemon feature Detective Pikachu.

The sequel to Spider-Man: Homecoming is in pre-production at a major UK studio, as is Artemis Fowl, Maleficent 2 and The One and Only Ivan.

More on all these titles including filming dates, studios and key UK hires can be found on Production Intelligence. Non-subscribers can click here to request a free online demo.