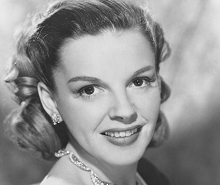 Filming begins in London in a couple of months on Judy, a biopic of stage and screen legend Judy Garland.

Renee Zellweger will star as the legendary performer with the film centring on Garland’s final concerts at the Talk of the Town in London in 1968 – a period in which the star was exhausted, fragile and full of self-doubt.

Well-known theatre director Rupert Goold directs from a screenplay by Tom Edge whose credits include The Crown, Strike and Lovesick.

Judy is from Pathe and Calamity Films, with Calamity’s David Livingstone producing.

Production Intelligence subscribers can log in for more details on Judy including the revised shoot dates and names of the line producer, production designer, casting director, DoP and location manager.

Judy is one of many films gearing up to film in the UK, including Gerard Butler’s Angel Has Fallen, Detective Pikachu starring Justice Smith, The Voyage of Doctor Dolittle with Robert Downey Jr and Artemis Fowl, directed by Kenneth Branagh.