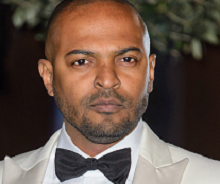 It’s time for our final chapter looking back at some of the news breaks and exclusives enjoyed by PI subscribers during 2017.

In this third and final segment we reflect on some more major projects – film and TV – that were first confirmed on Production Intelligence.

In late June PI broke the news that a female-skewed remake of Dirty Rotten Scoundrels would film in the UK. Anne Hathaway and Rebel Wilson star in Nasty Women, which is directed by Chris Addison for US studio giant MGM.

Around the same time, we sent an email alert announcing a major new contemporary crime drama for Sky with the working title Full Force – confirmed two months later by Sky with its new title Bulletproof.

Ashley Walters and Noel Clarke (pictured above) star in the drama, that has been filming in Liverpool for Vertigo Films. Key HoDs are listed on PI including the line producer and production designer.

Log in for more on the revised schedule along with key hires including the DoP, production designer and production co-ordinator.

September was a very healthy month for PI news breaks, starting with an action thriller starring Sandra Bullock based on the 2004 French film Le Convoyeur. Originally titled Cash Truck, the film now goes by the name Vigilance and is scheduled to film later in 2018. Follow it now for more details nearer active prep. 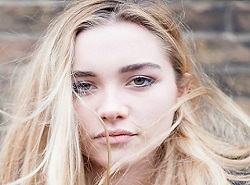 A John le Carre adaptation is always a talking point and in September we announced on PI that The Little Drummer Girl was going to be the next small screen drama based on the spy author’s works. Not confirmed by the BBC until November,

PI subscribers were able to access key UK hires on the production, which is due to shoot from early 2018 with Florence Pugh leading the cast.


A Private War is a feature based on the life of the celebrated late war journalist Marie Colvin, based on a Vanity Fair article by Marie Brenner. Rosamund Pike will play Colvin in the biopic, which PI was the first to report would film in London as well as Jordan, along with providing a start date for filming. 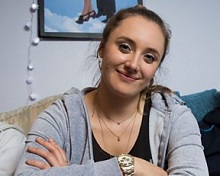 A pilot of BBC Three comedy Wannabe was originally part of the BBC’s Comedy Slices platform.

In November PI subscribers were the first to see that the show – written by Lily Brazier and Ben Murray - was going to a full series, with the production company, producer and director all detailed on the site.

Greenlights also flashed on several returning shows in 2017 and Production Intelligence was the first to confirm the following:

We hope this gives you a taste of the news breaks and highlights enjoyed by Production Intelligence subscribers over the last 12 months – here’s to plenty more in 2018!