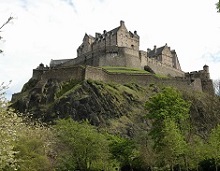 A new drama for BBC One is set to begin filming in Scotland and Australia in February.

Adapted by Jacquelin Perske from the novel by Helen FitzGerald, The Cry is a psychological drama (set in Scotland and Australia) that chronicles the collapse of a marriage in the aftermath of a tragedy.

To be delivered as a 4 x 60, it will film for 10 weeks with the first half taking place in Australia.

The producer is Brian Kaczynski with Claire Mundell exec producing for Synchronicity Films alongside Elizabeth Kilgarriff and Gaynor Holmes for BBC One.

Donalda MacKinnon, director BBC Scotland, said at the time of the commission news: "We've been very public about trying to boost our drama output as part of our strategy of providing programmes that are more relevant for audiences in Scotland - but which can also be enjoyed as compelling stories no matter where you live.”

Production Intelligence subscribers can log in for more details on The Cry, including the director, line producer, casting director, production designer and production co-ordinator.