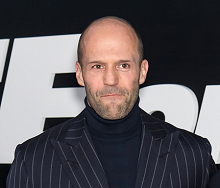 Action star Jason Statham will be in the UK next year to film in Viva La Madness for Netflix and Sky.

The 10-part drama is based on JJ Connolly’s book of the same name and is connected to the 2004 film adaptation of the author’s Layer Cake, although it is not being made as a sequel.

Set against a backdrop of international crime and gang violence, Viva La Madness centres on an anonymous protagonist who is drawn out of his retirement in the sun to enter a dangerous drug game.

Production Intelligence subscribers can log in for shoot dates on Viva La Madness, along with key HoDs including the producer, production designer, location manager and production co-ordinator.

Netflix’s production footprint in the UK is growing. A six-month shoot began in late July on The Innocents, an eight-part drama from New Pictures. The streaming giant is also currently in production on a TV prequel of The Dark Crystal and Outlaw King, and has several projects lined up for UK filming next year.

For more on Netflix’ UK activity, log into Production Intelligence. You can follow Netflix for future news on new commissions and updates on its existing development slate.