The Dark Crystal films for Netflix next week 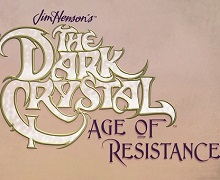 Filming begins next week in the UK on The Dark Crystal: Age of Resistance, Netflix’ prequel to the cult 1982 fantasy adventure film.

Louis Leterrier will be at the helm, calling the shots from scripts by lead writers Jeffrey Addiss, Will Matthews and Javier Grillo-Marxuach.

Letterier, Lisa Henson and Halle Stanford are the executive producers with Rita Peruggi on board to produce.

Netflix’ presence in the UK has ramped up considerably in the last few years as it commissions more original content and boards more projects as co-producer.

Currently in production in the UK for the streaming giant are the eight-part drama The Innocents, feature film Outlaw King, Harlan Coben’s Safe and Wanderlust starring Toni Collette.

There are several other Netflix productions currently lined up for filming next year including Top Boy and Giri/Haji; Production Intelligence subscribers can log in and follow the projects or Netflix as a channel for updates.