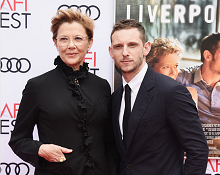 Film Stars Don’t Die in Liverpool, starring Annette Bening and Jamie Bell, filmed several scenes in London, some of which doubled the capital for US locations.

The feature began shooting in late June last year, and is based on Peter Turner’s memoir of the same name.

As a young actor living in digs in London in the late 1970s, Turner began an on-off romance with Hollywood actress Gloria Grahame who was nearly 30 years older than him.

Towards the end of her life, in the autumn of 1981, Grahame moved into Turner’s parents’ house in Liverpool, where he cared for her until her death later that year.

Several scenes for the film were shot in London boroughs including Haringey, Lewisham and Camden.

FilmFixer manages the film office service for these three London boroughs, which hosted various scenes in the feature including one where Bening and Bell are seen queuing outside a cinema, which was in real life the Everyman in Muswell Hill. 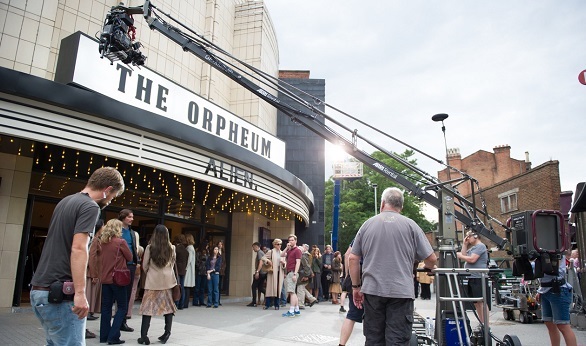 Swiss Cottage’s Hampstead Theatre was used for another part of the film in which Grahame is seen starring in a stage play, for which around 160 cast and crew were involved over two days’ shooting.

There were several scenes in the film where London provided a New York backdrop. These included: Hornsey Town Hall as the doctor’s office and St Vincent’s Hospital, Regent’s Park as Central Park and Joe Allen’s restaurant as a Manhattan eaterie.